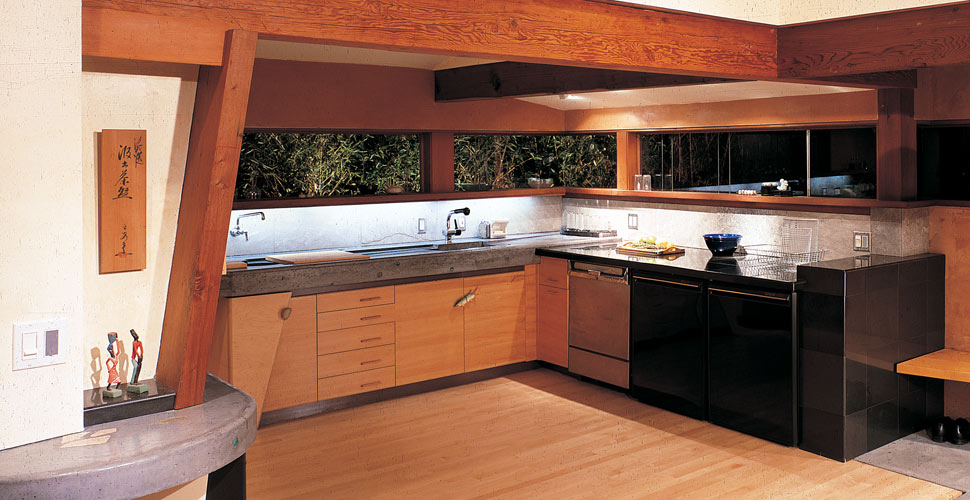 Artist and designer Fu-Tung Cheng has lived in the Bay Area since 1978, when he bought a 1,200 s.f. home in Albany. He embarked almost immediately on a remodeling project that led to the construction of his first experimental kitchen counter – a disaster.

“I had more time than money,” he said. h knew nothing of molding forms and little of the alchemy of concrete and its near-magical properties: It solidifies within hours but continues to harden as it ages over 100 years. But he knew he could afford it.