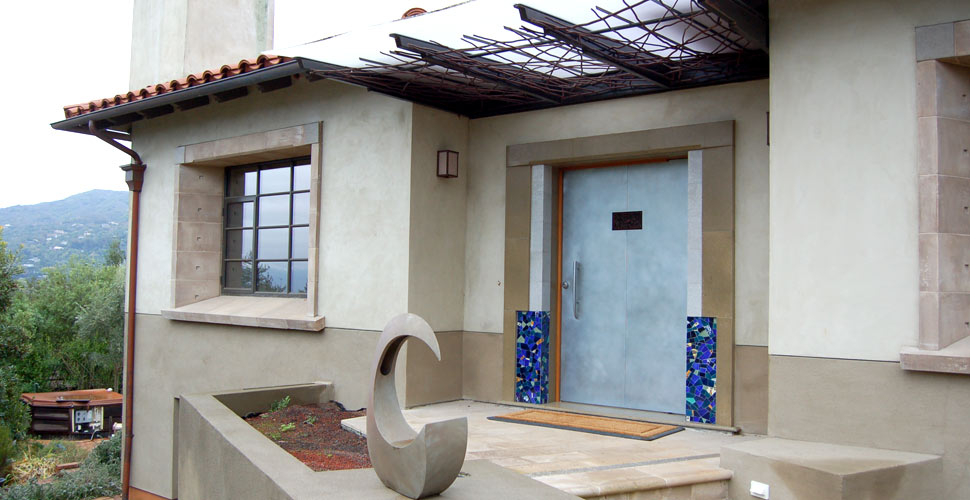 The couple who own this Spanish mission-style stucco-clad home in California, US, had just wanted to replace their leaky roof. But during the demolition process, they realized that they were not in love with their architect’s design. “I liked the architect’s work, but I wanted a special house, one that more uniquely reflected my taste and style. His work is modern, but it tends to be a bit on the plain side of modern.” says one of the owners. “When the framing was done, I could see it was going to be the same old house, just a little bigger. I knew this was going to be my only chance to have my ‘dream house’.”

Then owners halted construction and, upon the recommendation of their close friends and interior designer, Chadine Flood Gong, they called designer, Fu-Tung Cheng of Cheng design. Though not a studied architect, Fu-Tung has designed six custom homes, including two made entirely of concrete, is currently designing another home in Pennsylvania and has had extensive experience in large-scale home remodels.